Blade - an American company, HorizonHobby branch. Engaged in production quadrocopters and helicopters on the radio of different classes: nano-copter, copter small, medium-sized drones with cameras. Prices of nano- and micro quadrocopters higher than that of counterparts, but the cost of middle-class quadrocopters within the market average.

In the summer of 2013 I came quadrocopter Blade 350 QX - he was supposed to be a rival DJI Phantom 1 market quadrocopters cameras for amateurs. Will it impose a competition? Let's see.

Before proceeding to the review Blade 350 QX, let's look at some trim levels sold quadrocopter.

As you can see, the difference between the completeness of the presence or absence of the remote control.

The two main features of quadrocopters 350 QX - the presence of GPS module and SAFE technology from Blade. To begin with GPS systems.

The two main features of GPS is used for several purposes quadrocopters. Firstly, it allows him to find the way home (original flight point), the loss of signal or other interference. Second, thanks to the Global Positioning System, 350 QX can hover and fly much more stably and smoothly to photos and videos obtained more quality.

SAFE stands for Technology Sensor Assisted Flight Envelope and is responsible for flight modes quadrocopters and its stability in flight. Manage copter can be in the following modes: - the presence of GPS module and SAFE technology from Blade. To begin with GPS systems.

Smart Flight Mode. The so-called "smart flight mode." In this mode quadrocopter flies smoothly, degree of its torsion or substantially limited pitch (less than 15 °), and the height is kept the same level. This mode also uses GPS. It is ideal for those who are going to shoot a video from the air using QX 350.

Stability Flight Mode. In this mode, holding off a height, but it remains on GPS. The maximum pitch angle and rotation brought up to 45 degrees. Thus quadrocopter more manageable, but it is still stable in the air.

Agility Flight Mode. In this mode, disable all advanced features and only you are responsible for the behavior of quadrocopters in the air. Manage copter in this mode difficult, but very interesting!

Quadrocopters also equipped with LEDs - they allow to run it at night:

Propellers at 350 QX - commutatorless, which also increases the overall strength and stability in flight:

As for the camera, then it is no complete. However, the mount (cardan suspension stabilizes the camera on two angles) and dampers are specifically designed for Action cameras GoPro. However, now on the market, a host of clones of the GoPro, so if you do not have this camera and want to shoot video - you can get one of the clones GoPro, they are much cheaper.

Some time after the release of the original version, there was a modification of the official called the Blade 350 QX2. Compared with the original, it has changed a few things.

Third, it was made a general update firmware quadrocopters.

And fourthly, it is possible to buy with quadrocopters CGO1 camera. This set is called «Combo». The camera can broadcast the video online on Android or iOS-device at a frequency of 5.8Ghz. Video is shot in 1080p resolution (30 in / sec) to AVI format. The quality of camera shot, see "Video", and below you can see an example of a photograph taken CGO1 (click to enlarge): 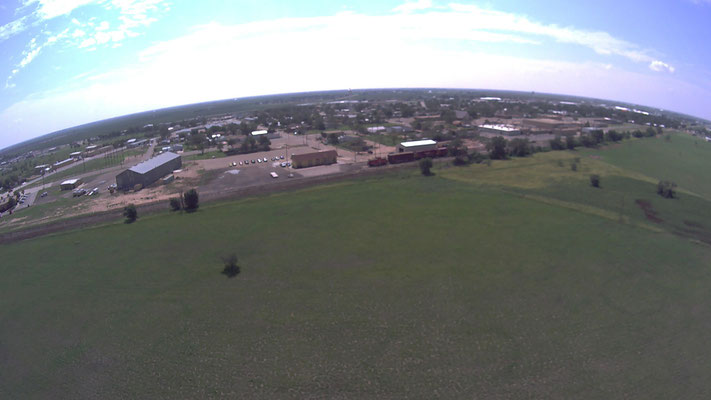 At the end of 2014 there was a further new version - 350 QX3. Its main difference from the previous model is the new camera CGO2, which is integrated with the new gimbal suspension, which stabilizes the camera in three corners:

Camera Specifications see below, and below - examples of photos taken CGO2. The difference with CGO1 visible to the naked eye (click to enlarge): 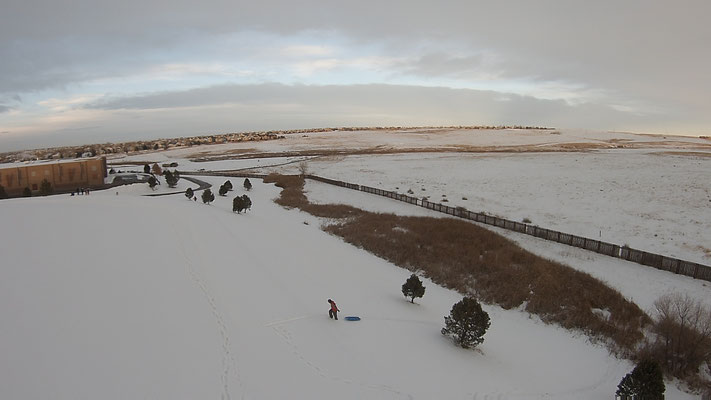 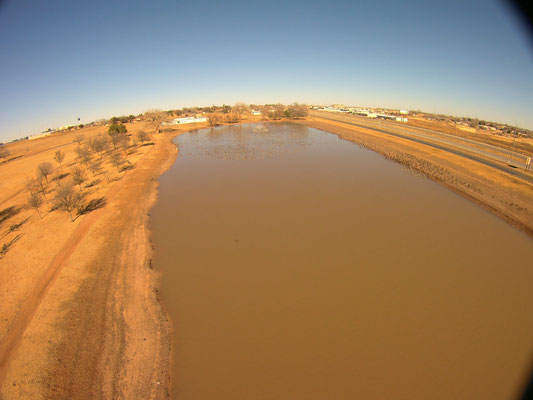 Included also is a microSD memory card of 8 GB.

In addition, the new version quadrocopters also been updated firmware, and made a few other minor updates.

Charging time: more than an hour

Blade 350 QX at a height of: the video with GoPro Hero 3 Black Camera

Certainly, Blade 350 QX good value for money. This quadrocopter equipped with all the features that are necessary radio-controlled drone with a camera: GPS, suspension, stabilization, video online, long-range broadcast (over 300 meters). At the same time, the price of even the last modification - 350 QX3 in the range of $ 500 (without camera).

Should I take Blade 350 QX? Certainly. Is it better to 350 QX in last modification than DJI Phantom 1? Yes. Worse than the DJI Phantom 2 Vision and Vision Plus? It is difficult to say - it depends on many factors, including the fact a lot or a little for you to shell out an extra $ 200-300 for any suspension for quadrocopters.