Appearance quadrocopter has not changed compared to the Phantom 2 Vision, therefore, nothing to tell here. Big changes have affected the camera and its stabilization - read about it below.

Stabilization and the camera

The main difference Vision +, is the presence of the motorized joint (cardan suspension) that stabilizes video for all three corners.

It works in the following way: 3 gyroscopes define 3 angle possible motion quadrocopter (pitch / roll / yaw), and as soon as motion is determined hinge motors move the camera in the opposite direction, thus stabilizing the image, regardless of how the shakes quadrocopter.

The difference is noticeable to the naked eye. With this quality of stabilization, the use of Phantom 2 Vision Plus in professional video does not seem something so fantastic.

Motorized hinge attached to the quadrocopters with four dampers that absorb vibrations very well and cope with the so-called "Jello-effect" (also known as the "Rolling Shutter"), when the image is expanded or stretched disproportionately. And in the case of unexpected collisions and possible joint separation with the camera by quadrocopter are a couple of other bars that would prevent death chamber.

A camera mounted on the Phantom 2 Vision Plus is very decent. 1 / 2.3 "CMOS-sensor boasts a 14-megapixel camera and can take photos in 4384 × 3288 resolution, which can save in JPEG format, and the original RAW format. Here are some examples of photos taken with this quadrocopter (click to enlarge): 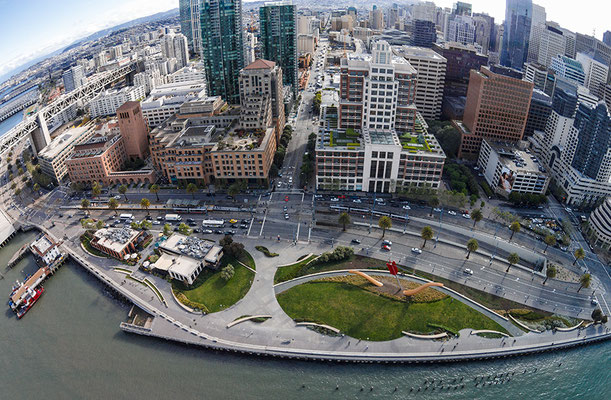 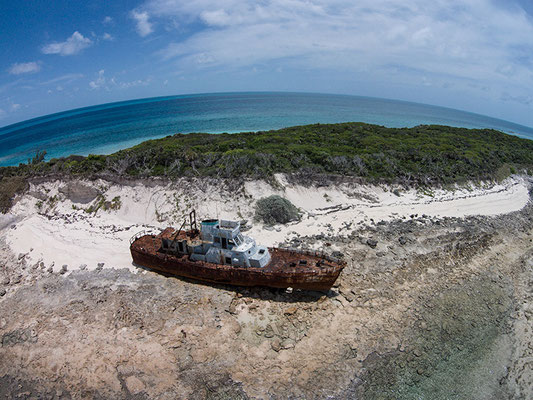 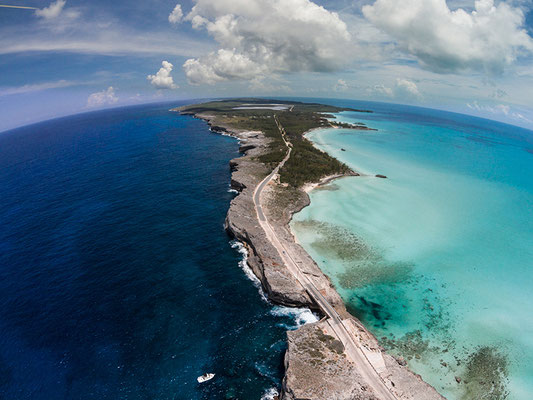 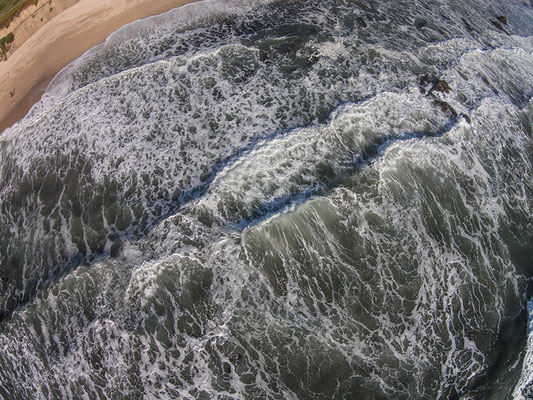 Luggage Phantom 2 Vision + can record high-definition (Full HD) format in 1080P (30 frames per second) and 1080i (60 fps), or in 720p (60 fps). The viewing angle can be selected between 85 and 110 degrees. In low light there is some grain, but it is the bane of all cameras that use CMOS-sensor instead of the CDD, including the famous GoPro.

Real-time video transmission to a tablet or smartphone, may occur in the 480p format with a resolution of 320 × 240 (15 frames per second) or 640 × 480 (30 fps). The higher the resolution you choose, the more slow update video online, which can lead to the fact that the video will be broadcast with some delay. The transfer is carried out via WiFi on 2.4GHz frequency, and stated operating range - 700 meters, although in practice should not rely on 400-500.

Video recorded on a microSD card, which is placed on top of the camera. It comes with a card to 4GB, but supported cards up to 32 gigabytes.

Compartment for lithium-polymer Phantom 2 Vision Plus the battery is located behind quadrocopter, she also has a battery capacity of 5200mAh. Charging is just over an hour, and the maximum flight time - 25 minutes.

The battery was named "smart battery" from the fact that the charging process, compensation and protection is built into the motherboard battery charge. It monitors the battery temperature, and if it is too cold or overheated, it will not allow it to charge. And if you forgot to turn off quadrocopter, then after 10 minutes of non-use it is off himself.

On the other hand, is associated with this problem is for those who want to buy an extra battery for Phantom 2 Vision Plus. The fact that the flight controller Naza P2V is configured in such a way that it should receive authentication codes from the battery, in order to earn quadrocopters motors. If the codes are not received (in the case, if you set a different, non-native battery of DJI), the motors do not work. Currently known 2 address this issue:

The control of DJI Phantom 2 Vision +, carried out by means the remote control, which features a mount for smartphones and tablets, the screen of which is transferred to all the information during quadrocopter flight: battery, GPS and WiFI signal, the number of exposures remaining, the state of the memory card, the information the distance from the takeoff point to the current position quadrocopter its flight altitude and speed.

To get this information, you need only install a specially designed application of DJI on your smartphone or tablet (if it is on Android and iOS based) and connect it via USB to the remote control.

Cardan suspension for the camera

The official presentation of Phantom 2 Vision Plus

Quadrocopter review and complete record of the flight test

DJI Phantom 2 Vision Plus is almost twice as expensive as its predecessor, but he got a new functionality. In particular this applies to the stabilizer for the camera, which allows you to take a much more smooth video.

On the other hand, to pay $ 500 more for stabilization - an expensive pleasure. Not everyone can afford to shell out that amount only in order to stabilize the video. Therefore recommend the DJI Phantom 2 Vision + those who we will not be engaged in professional video, but this professional quadrocopter camera can come to taste.