On May 24, at the official presentation in New York, DJI Innovations officially unveiled to the world the long-awaited quadcopter DJI Spark. Spark, as expected, turned out miniature, at the same time equipped with the latest technology. Looking ahead, we note that in many respects DJI Spark is ahead of its more adult DJI Mavic and DJI Phantom 4 Pro counterparts.

Let's look at the novel from all sides.

Overview of DJI Spark is traditionally begun with the appearance. The new drone is the most compact in the entire DJI lineup. Its dimensions are only 143 × 143 × 55 mm with a weight of only 300 grams. On these indicators, it is comparable to the Hover Camera Passport which is the heaviest by 68 grams. The Copter has a rigid fixed frame, only the propellers of the drone are folding. 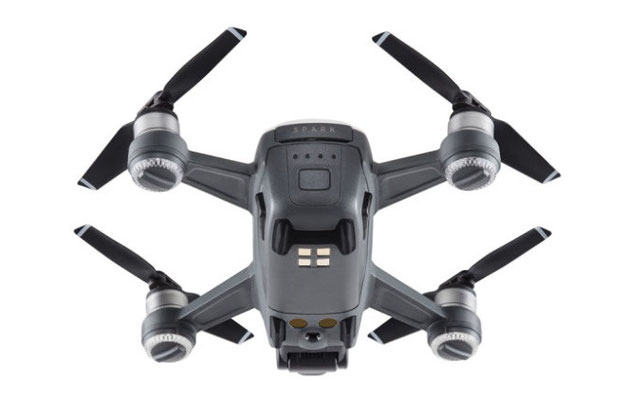 The drone can be started with the screws folded, in this case they are automatically fixed in the desired position under the action of the centrifugal force.

For optimum traction motors are deployed at an angle of 5% to the body in the outer side.

The case of DJI Spark is presented in several color solutions - this is another innovation of DJI. In total there are 5 colors available: white, green, yellow, blue and red. 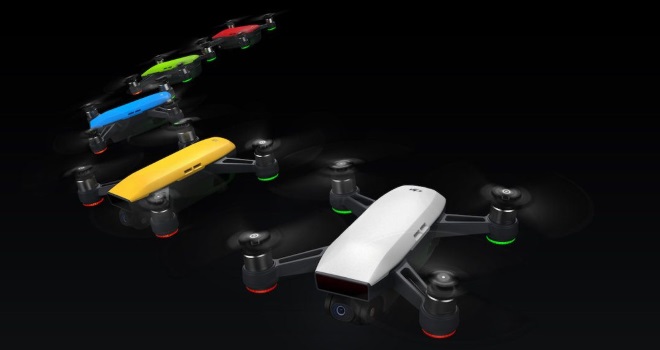 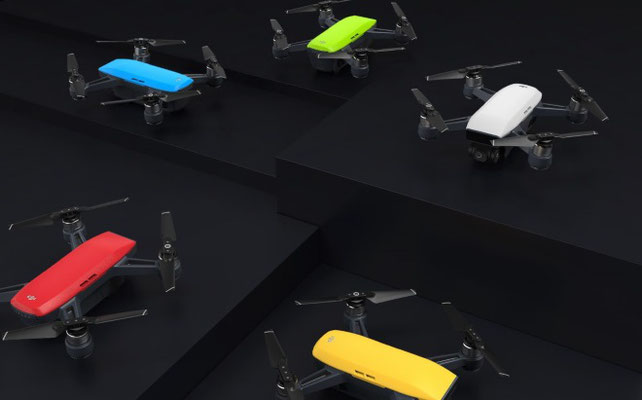 The new quadrocopter received a similar DJI Mavic sensor system. In front of the main camera and a system of 3D sensors. At the bottom of the drone is a system of visual positioning. Thus, the drone sees obstacles in front of him within a radius of 5 meters, and is able to fly them at a speed of up to 11 km / h.

DJI Spark equipped with a multifunction power button in the back. With its help, you can not only activate the drone (one short and one long press) but also check the level of the charge (single press). Also this button activates PalmLaunch (launch from the palm of your hand), you need to: enable Spark, put it on the palm of your camera to yourself, press the power button twice, and the FaceAware function that recognizes your face is activated. If everything went well, the drone will fly off your hand. 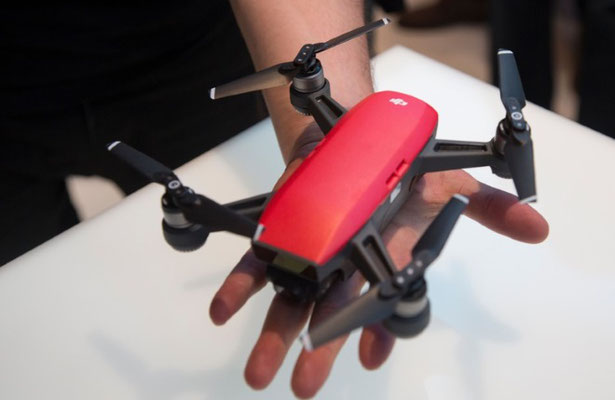 In addition to the familiar TapFly and ActiveTrack modes, the new drone has received several new modes, in particular QuickShot. With QuickShot mode, you can set up a flight in one of the available scenarios:

Also there is a mode PalmControl, with which you can control the drones with the help of gestures. 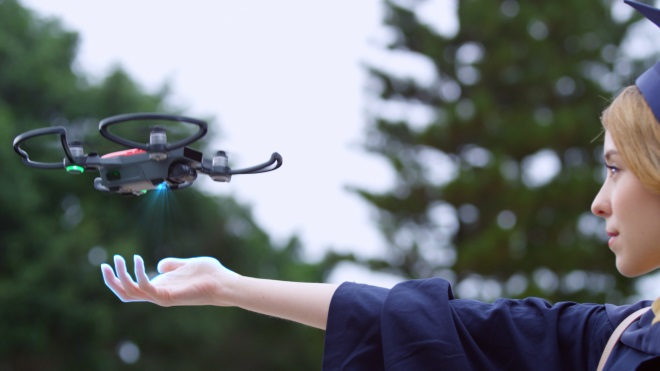 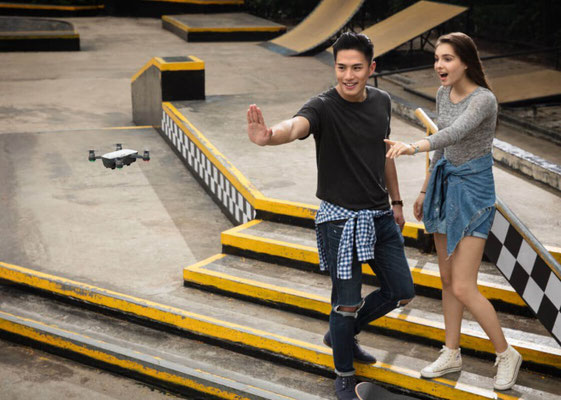 Drone DJI Spark has got a brand new 12 megapixel camera on a two-axis stabilization suspension with electronic stabilization technology UltraSmooth. The camera is equipped with a wide-angle lens with a viewing angle of 81.9 °. The camera can shoot high-quality video at a maximum resolution of 1080p at 30 frames / s. 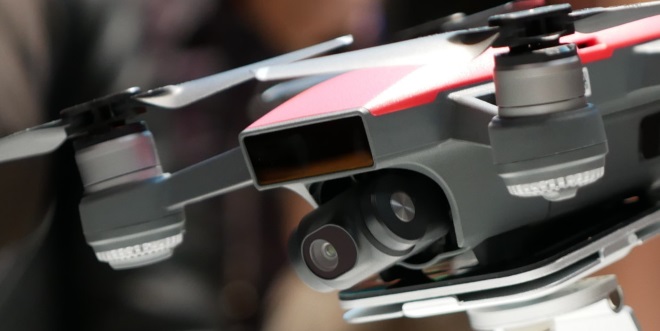 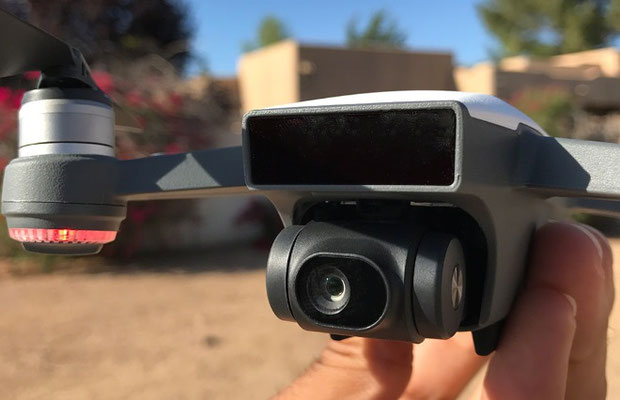 There were two completely new shooting modes: Pano and ShallowFocus.

The management of the new drone can be done either using a mobile device with DJI GO 4 installed on it or using a transmitter. The transmitter has the same form factor as that of the Mavic, with clamps at the bottom of the phone. The video from the camera to the mobile phone is transmitted via Wi-Fi at a distance of up to 2 km with HD resolution.

However, if you want a full immersion, use the DJI Goggles glasses, which are compatible with the DJI Spark quadrocopter.

The battery can be charged using USB or a special charging hub. If you charge with USB, the battery does not need to be removed.

With a standard USB charging, a full charge takes about 80 minutes.

The concentrator charges one battery - 52 minutes.

To maintain the battery, it is recommended to charge it at least once every 3 months.

DJI Spark is the most anticipated novelty in the world of quadrocopters, which even before its official release became a hit. The official release of expectations did not disappoint, the drone turned out to be bright and interesting, with a lot of new features that will certainly be appreciated by lovers of Selfie. Worked in the company and with pricing, making the new product one of the most affordable in the line. The official price of a drone without a controller is 499 USD. A version of Combo including controller and blade protection will cost 699 USD.