The novelty of the famous Chinese toy manufacturer on the radio control of the JIN XING DA is the JXD 510G quadrocopter. Prior to this model, there were already similar versions of this Pioneer JXD 509W (509G), where the "W" FPV flight was carried out via Wi-Fi and "G" via the FPV module operating at 5.8 GHz. Quadrocopter JXD 510G is a modified JXD509G, the developers took into account the minuses of the previous model, corrected them, added a little more functionality and updated the look.

The JXD 510G is equipped with collector motors with torque transmission through the gear. For a budget quadcopter, they do an excellent job.

In-flight JXD 510G showed the usual dynamics for a budget quadcopter, which is quite enough for a novice pilot. All functions and modes worked without comment. The height-keeping function is implemented without the participation of sensors due to the presence of the left stick in the central position. Height holds, but if there is a wind, then it is necessary to participate the pilot because the quadcopter will demolish in his direction.

Unlike other predecessors of this series, the developers of JIN XING YES finalized the JXD 510G HD camera. The picture is now clear and corresponds to the claimed 720p. But it was not without drawbacks and the fault was the "jelly" that is present both at the time of the flight and at the time of viewing the video and all because the camera is fixed directly to the quad case and does not have the simplest dampers. But this defect is solved by installing the camera on any vibration damping material, for example paralon or rubber. As a result, almost 90% of this minus can be eliminated, and flying is much more enjoyable, as well as watching the recorded flight. 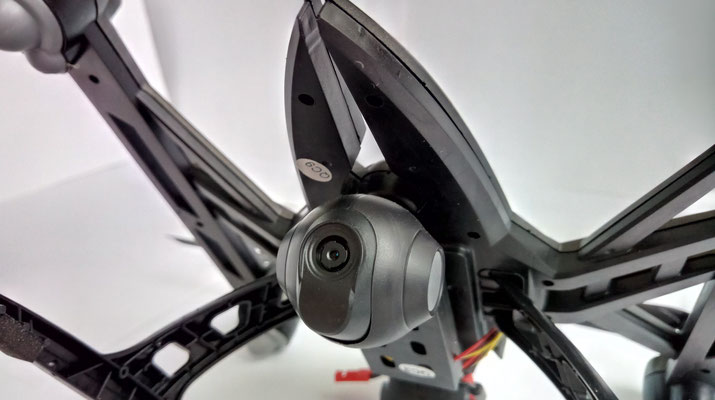 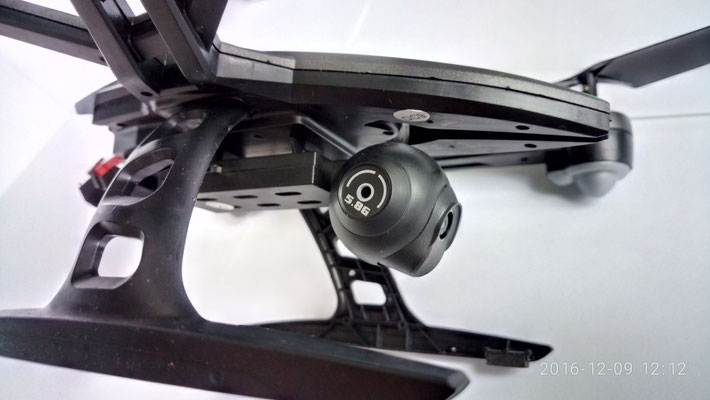 The power of the quad is from a classic lithium polymer battery at 3.7V 600mAh 30C. Provides an average flight with the camera turned on for up to 7 minutes, which is not bad for a budget quad. Time to fully charge the battery will take about 2h, so we advise you to buy spare spare batteries when buying a quadrotor. Better yet, if these batteries are at 1200mAh. Charges the battery from USB, the end of the charge cycle will indicate the red light on the charge itself.

Comes with a quadrocopter JXD 510G is a classic 4-channel equipment, which went with the models JXD 509W (509G), working at a frequency of 2.4GHz. Provides removal distance up to 50 meters. Yes, not much, but if we consider that the quadcopter for the beginning segment of consumers is quite normal. The equipment is powered by 4 x 1.5v AA batteries and are purchased separately.

Since the drone is prepared for FPV flights, a monitor is installed on the transmitter, which will be displayed in real time mode, the picture from the drone camera transmitted at a frequency of 5.8 GHz. And this, in turn, allows the pilot to fly in FPV glasses, and such a flight can not be compared to any monitor, those who have already flown will confirm. The monitor has a built-in battery and is charged by USB. As with the battery of the drone, the charging indicator will be indicated by a red indicator on charging. 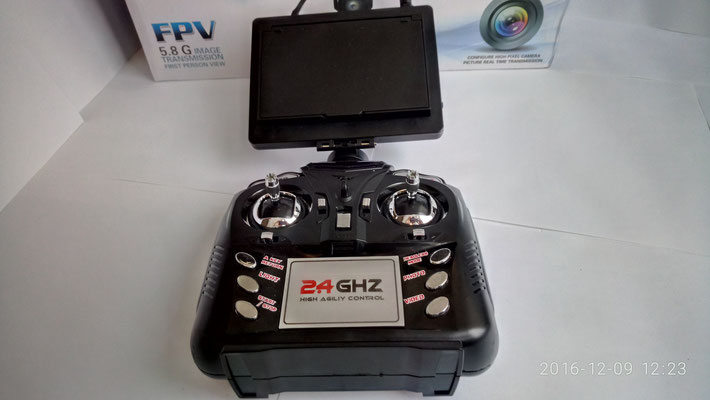 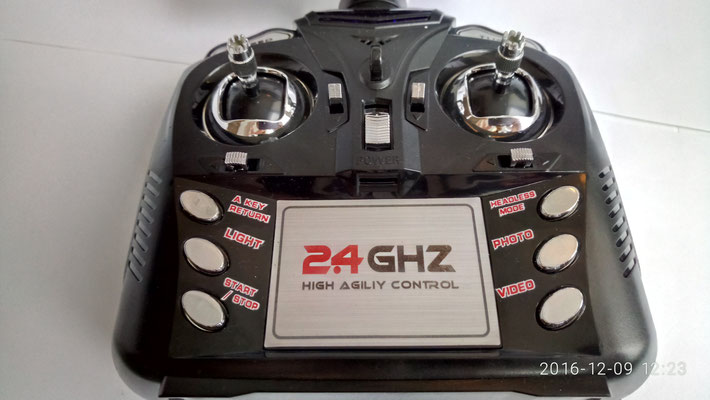 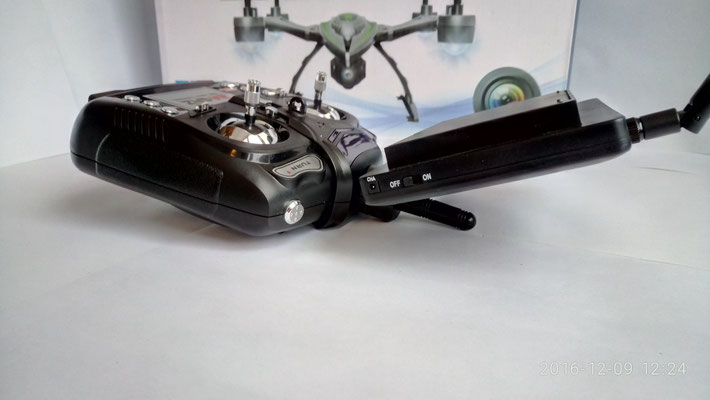 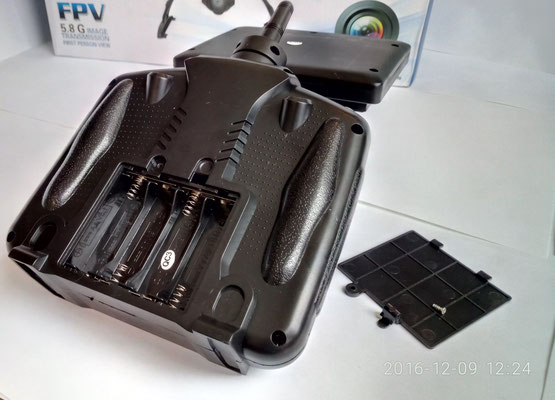 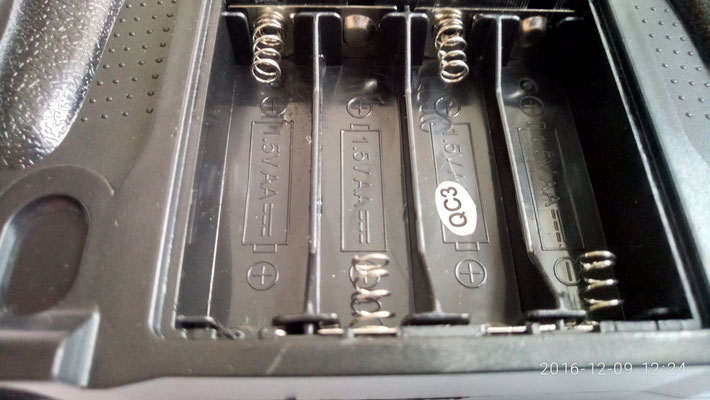 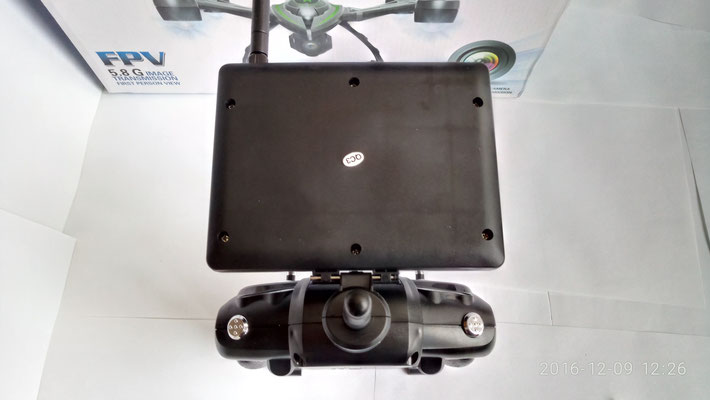 At various trading floors, the price for the JXD 510G quadrocopter fluctuates around $ 80.

At the moment, the JXD 510G is one of the best offers for a price tag of less than $ 100. The pilot gets a quad with the functions of holding the altitude and returning to the transmitter from the button, an HD camera with quite acceptable shooting quality and most importantly it is an FVP flight at a frequency of 5.8 GHz, as well as an accompanying option, flight through FPV glasses. Completely justifies the money spent. Suitable exclusively for beginners who want to combine in their first experience and training the flight in general and adaptation to the flights in FPV glasses to what they will sooner or later come. The age limit is 14+.